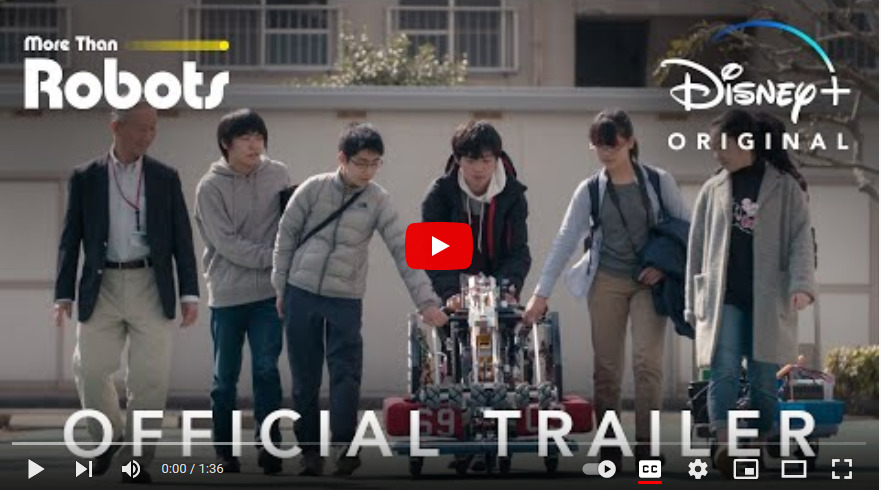 Da Vinci Schools’ Robotics Team 4201: The Vitruvian Bots has a lot to celebrate this week!

Not only did they just win the Chairman’s Award at the Orange County Regional over the weekend which qualified them for the FIRST® Robotics World Championship next month in Houston, but they also are one of four teams featured in “More Than Robots,” a new original documentary that follows four teams from around the world as they prepare for the 2020 FIRST® Robotics Competition. Presented by Supper Club and Disney+ and made in partnership with FIRST®, “More Than Robots” is premiering today at the world-renowned SXSW (South by Southwest) Film Festival and will stream exclusively on Disney+ beginning March 18.

Check out Da Vinci’s 2020 Robotics Team up close in this exciting and inspiring documentary about taking their unique robot design “Jango” all the way to the highly competitive global championships. The film features three additional teams from Los Angeles, Mexico City, and Chiba, Japan. Although they are faced with overcoming challenges along the way, such as having limited resources or putting everything on hold because of a worldwide pandemic, the teams persevere and learn that there is a lot more to the competition than just robots. In 2020, Da Vinci’s Robotics Team took First Place at the L.A. Regional and went undefeated, 17-0, just days before our campuses closed due to COVID-19.

Team 4201: You are true STEM leaders and innovators! We are deeply grateful to all our students, mentors, sponsors, families and staff who support our award-winning robotics program!!

L.A. Regional FIRST Robotics Competition (March 31-April 3, 2022):  We invite you to cheer on Da Vinci’s 2022 Robotics Team later this month. Da Vinci is hosting the L.A. Regional FIRST Robotics Competition at our Douglas campus, located at 201 N. Douglas Street in El Segundo. The event will be closed to spectators due to COVID, but you can stream it at The Blue Alliance. Go Team!

FIRST® continues to bring hands-on learning opportunities and mentorship to young people around the world, empowering them to not only think big, but to develop the science, engineering and technology skills needed to be the next generation of innovators.

Please visit here for the latest news and updates about COVID-19.